Róbert Ésik is an economist and a finance & investment analysis expert. He graduated at the Corvinus University of Budapest and earned a master’s degree at the Université Panthéon Assas in Paris. He spent almost 15 years in various positions at the largest ICT companies of the world, such as Alcatel, Siemens, Nokia and Amazon. As the country director of Nokia Solutions and Networks he played a key role in the Hungarian subsidiary becoming one of Nokia’s most important technology development centres. Since October 2014 he has been directing the Hungarian Investment Promotion Agency (HIPA).

About HIPA
The Hungarian Investment Promotion Agency (HIPA) is the national investment promotion organisation of Hungary governed by the Ministry of Foreign Affairs and Trade. During the year 2019 HIPA supported a record number of 101 positive investment decisions resulting in the creation of more than USD 5 billion investment in the upcoming years. 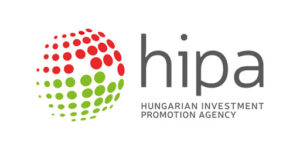